Nick and I take either side of the stretcher and begin to situate it in the helicopter. The ride to the hospital takes about a half an hour. I monitor her vitals and give her an extra dose of sedative through her IV. Can you imagine me as a kid? Buck teeth and glasses. He laughs and squeezes her hand. We bank to the left, and I brace myself between the stretcher and the helicopter.

The girl moans and her legs strain against the straps. When we get back to the trailer, my alarm has been going off for hours. I can hear the beeping from outside like some kind of warning. We clean up, repack our gear in case we get called out again, and I take a little nap, pretending to read, a detective novel open on my lap. After work, I pick up Ben as promised. He tosses his goggles onto the dash and his towel into the floorboard and slams the door.

A cool fish? Maybe even a shark eating Surfer Barbie. Open, close, open, close. Ben huffs in exasperation. At the pizza place last night. Gran and Dad and Mom and Taylor. Every one. He stops and leans his head against the window. His eyes are red, and he smears a tear across his cheek along with milky traces of sunblock.

We pull into the driveway, and I let the car idle in the parking space. Neither of us gets out. How many kids do you know who get to do that? Boy Scouts, country clubs. Gets people interested. But Leo does agree. A thunderstorm moves in quickly, and I end up grilling under an umbrella.

We eat in the dining room, but Lauren covers the table in a red and white picnic blanket and lights candles in the middle of the table. We sit down to eat, Lauren says a quick blessing, and then the lights go out. The candles flicker. She bites into her burger, and even in the semi-darkness, I can see ketchup dripping out the other side onto the tablecloth. Ben comes back with the lantern and a flashlight. The lantern is part of a toy camping set he got for Christmas, and it glows dimly. But he sets both on the table, proud to help out.

We laugh, she puts down the flashlight, and we eat our burgers. We talk about the party tomorrow, trying to guess at what kind of cake Lia will make, what theme decorations. Lauren looks at me. She flicks it on and off. We hear the door to his room shut. Lia decided on an aircraft theme for the party. Everything has planes or helicopters or hot air balloons on it. Lauren stands by me for the show.

They shout and applaud after each one, and Rudy takes a few bows after the show is over.

The entire party walks to the end of the street to watch our departure. I run under the blades; Leo has turned them off but they are still spinning with momentum. I grab two helmets and headsets. I hand him the helmet. I kneel down in front of Ben. His hands tremble either from the weight of the helmet or sheer fear. I take the helmet back. I look at Ben, and he nods.

I hand Taylor the helmet. Lauren walks up and wants to know what is going on. Her hair flips out from under the helmet, curling around the edges. Taylor and I load into the helicopter. Leo hits the rotors and turns on the headsets. He introduces his nephew Jake.

Jake has black eyes, a strong, stubbled jaw, and a nice wide smile. Jake smiles and waves at us as if he forgets with all the noise that we can hear him in our headsets. We wave to the party below, and I can see Ben is already involved in a game of chase. The kids dart around the adults, using them as obstacles, until Lia points to the open field and the kids take off running. Lauren is the only one who keeps waving and waving until we bank to the right and the party slips out of sight.

Jake asks Taylor a series of questions—where does she goes to school, where is she applying to college, what does she want to major in? Leo and I talked about our route last week. He wanted to fly along the river for a while, over Edwin Warner Park, and make a loop back towards the school. I only had one request—I wanted to fly over our neighborhood before it was too dark so Ben could see our house from above. We glide along the river, the shadow of the helicopter reflected on the olive waves below us.

We pass over pleasure boats and laugh when we see a water-skier wave to us and then beef it in a white puff of water. We fly over the park dotted with picnic blankets and people playing Frisbee. He should be happy. Not when she was gone. But that was not his heritage, he knows that now. He was hurting, more than he had hurt before. He had his sons, saw his daughter, and when that happened, he put on a mask.

A face, a show, to make them happy. Hela knew what he felt, that he was alone, grieving, in pain. She took after her father, noticing the almost unnoticeable. So, she talked to him. He needed to move on. But how? He was trying with his children, his teachings, his studies, but nothing helped. Not even his daughter trying to pry information out of him helped.

However, his time was running out and soon, he feared, his children would return to where they once were. Circling around Midgard as the serpent of the Loch Ness Lake, or tied to the stone with the string so thin it could not break. To be tied down, mocked and scorned, weakened by something so small still gave him nightmares. Christine was young, twenty-seven years of age to his thousands, tanned to his pale, but sickly thin to his healthy toned.

Lovas It rained all day and little sister was terribly bored. Each day was more difficult than the day before, and he saw things no one should ever see, things I dare not even mention. So, he decided to run away from the army. He did not know, but he decided he would run away the first chance he got. One day he saw his chance. He ran and ran and ran. He came to a forest so dark he could not see where he was going, but he did not stop. He kept running and running, day and night, until finally, he came to a clearing. There he saw the prettiest cottage, and, not far from it, the most beautiful village in the wide world.

He went to the door of the cottage and knocked. In his hands he held an enormous ax. His eyes were as dark as the darkest night and his shoulders were as broad as a river. As the man raised his ax above his head, his shadow seemed to absorb every particle of light in the universe.

But, then, moving with the gentleness and grace of a forest creature, a girl appeared in the doorway.


Her golden hair and fair skin spoke in the ancient language of beauty, with its promise of contentment and hope. Now, there were no shadows, but only brightness and air as fresh as after a light rain. She gazed lightly upon the young soldier kneeling there.

Something in her eyes told him that he need never again live in fear. Stop it! Her father immediately lowered his ax, and, as he did so, changed from a dangerous man into someone jovial and gentle. Welcome to our home foreign guest! That night the young Frenchman ate more than he had ever eaten before, and drank more than he had ever drunk, more than you or I could imagine. And he slept like a baby. Every morning the giant man traveled to the mountains. Every evening he returned home exhausted. During the day the girl and the soldier played games and sang songs.

She taught him to sing her favorite songs, and he taught her the songs of his country. Every day she became more beautiful. And each day he became more handsome. But every paradise ends. When the father saw that they were falling in love, he sent for his brother from the highest mountains. The brother came, riding one horse, with another riderless horse trailing behind.

That day the Frenchman went away to the highest mountains. When the youth saw the peaks of the highest mountains, tears flowed down his cheeks. Birds perching in the trees sang a bit more sadly as they passed, and even squirrels stopped to gaze at him, chattering to themselves that it was true, as had been said many times before, that nothing is sadder than love.

But nothing could stop the stream of memories. 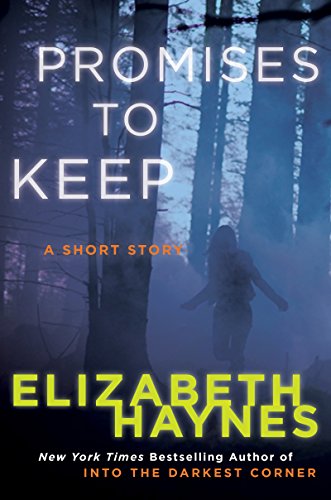 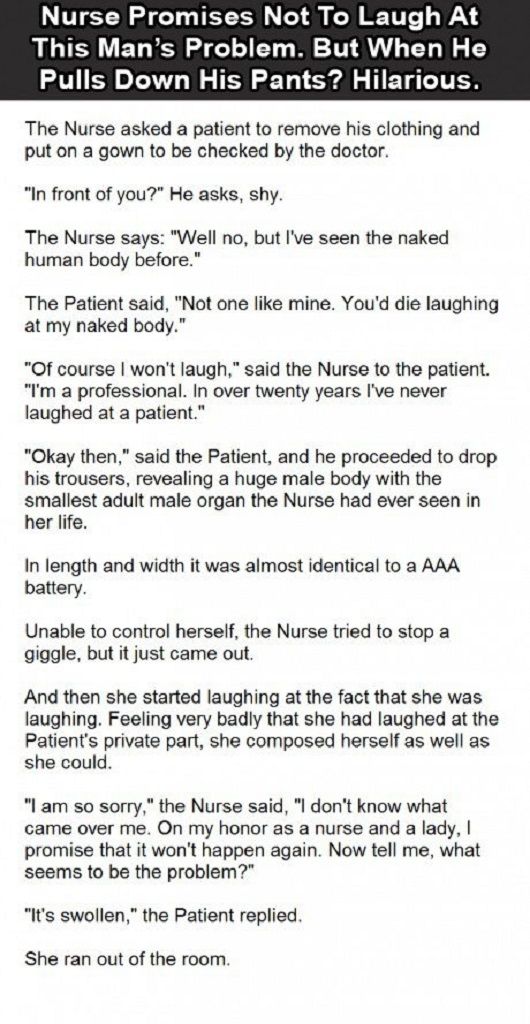 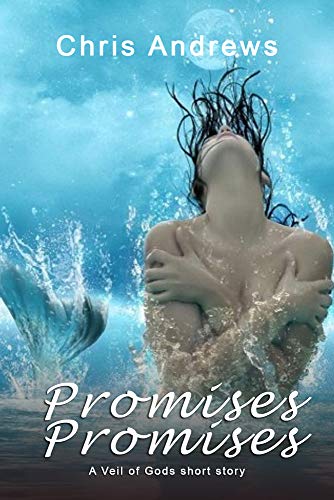 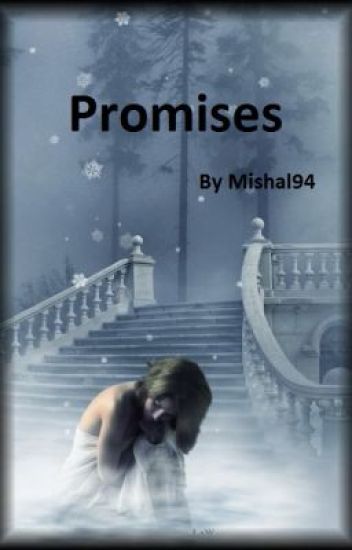 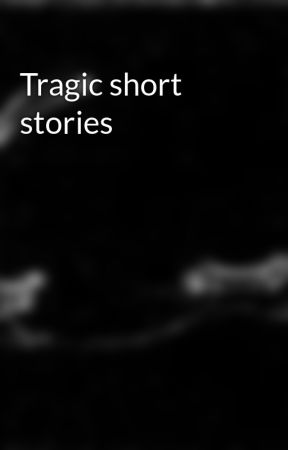